California is one of the fastest developing states in solar power capacity and generation.

Making the switch to solar power is very attractive due to the incentives available.

People are also starting to lose trust in using traditional means due to volatile prices.

Cali Solar can help you maximize these incentives to get the most out of your investment.

The California Solar Initiative is a program to promote solar energy in California.

It was started at a time when people disliked the idea of making the switch due to exorbitant prices surrounding solar panels.

Since then, prices have dropped around 80% while durability and efficiency have improved.

The initiative is responsible for creating many of the programs the state has today.

Here are some of the subprograms the initiative established:

The California Solar Initiative is a part of a larger program called Go Solar California.

Through it, the state began the creation of large-scale solar projects.

It also led to the New Solar Homes Partnerships (NSHP).

The NSHP helped connect the state to many solar providers in the area. It also made it possible for us to connect customers to their incentives faster. 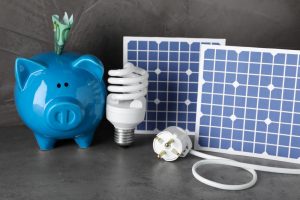 While the CSI dealt with developments of a larger scale, many incentives are available in your area.

These incentives can cut large chunks of upfront fees and overall costs.

Here are the most significant ones available.

The amount they sell offsets their local grid usage, which reflects lower energy bills. It’s even possible to mitigate the entire cost.

NEM is available for many states and is the primary driver for customers switching to solar.

Since its implementation, net metering is mandatory in California.

Making it available to everyone helps level the playing field. It limits private companies’ ability to manipulate their policies.

To avail of NEM, one must have a system that supports the excess energy you sell back.

NEM also requires a fee of $150 for first-time installers since the NEM 2.0 policy update.

Incentives vary depending on the city you reside in. Most of them provide more rebates or incentives on top of those available within the state.

The most notable would be in San Francisco. The city offers a one-time cash incentive to new installers to encourage installations as a part of the GoSolarSF program.

Other cities have similar cash incentives.

To avail of the housing program, new applicants must submit requirements and then sign up for a waitlist.

SASH offers an incentive of $3 per watt, while MASH has a $1.10-$1.80 per watt incentive. The creation of these programs is to help offset expensive upfront costs.

However, they will have increased property taxes during the agreement’s duration.

PACE programs usually last for around 20 years, and homeowners pay back the local authority in the form of taxes.

It’s an alternative to solar loans and solar leasing.

The federal ITC is a program that’s available within the US.

The deduction can roll over to the following year if not fully utilized within 2021. This rollover can only happen once.

One positive thing about the ITC is that it works with all other local rebates.

The deduction will only last until the end of 2021 and will no longer be available for residences in 2022.

As a part of California’s tax code, new solar installations qualify for a property tax exclusion.

It means that property taxes will not increase as long as you install panels within a set period.

These renovations include solar panel installations.

Other Reasons to Make the Switch 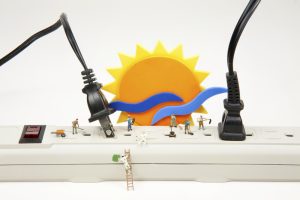 Aside from the numerous incentives, switching to solar helps you save money in the long run.

The amount you need to pay for electricity every year is higher than the costs of a solar panel system divided by its 25-year lifespan.

Most California residents have a return on their investment within six years of installment.

It is possible due to the climate in the state, which is ideal for solar power generation.

California has an ambitious plan to switch to fully renewable energy dependency.

Switching now allows you to stay ahead, taking advantage of incentives before they are gone.

The benefits available now may not be here in the next year.

There will come a time when solar panel systems no longer have the reductions they have today.

Contact us today to see what incentives you can avail of as a part of your solar panel system installation.

Happy Customers Who Trusted Us

Awards Milestones Awarded To Us